LoRaWAN™ may sound exotic, but it is simply an abbreviation for “Long Range Wide Area Network”. That is simple enough, isn’t it? Nonetheless, there are a lot of myths surrounding this technology. Reason enough, we believe, to take a closer look at some common misperceptions about LoRaWAN™.

LoRaWAN™ stands for Long Range Wide Area Network. And yes, that pretty much sums it up. It is quite simply a communication network and the network architecture for networks that span large areas.

Now how does that work?

It is quite simple, really. The data is modulated into electromagnetic waves. To this purpose, it uses a method called “Chirp Spread Spectrum”. Basically, that’s just a way to encode data that has been in use for data transmission in the military and aerospace for quite some time.

LoRaWAN™ is known for being able to have an enormous radius as well as an extraordinary battery life. Is that all just a myth?

Some people simply cannot believe the benefits of LoRaWAN™. Others think that application options are too limited. And finally, some have safety concerns. Let’s look at these myths a little more in detail!

1. Are there security problems with LoRaWAN™?

No, there aren’t. Just remember: It has been used by the military for years. That should be an indicator. But, in general, every wireless technology is concerned with safety.

The first advantage of LoRaWAN™ is that the low power chirp signals are not easy to detect.

Additionally, there are two layers of security involved.

The first one is the network application security, which makes sure that the node in the network is authentic.

2. Can LoRanWAN really cover an area of several hundred kilometers?

Well, in theory – and rare practical cases –, yes! The radio waves have a length of 400 to about 900 MHz. That means they are well able to pass through obstructions. However, any obstruction will absorb parts of the signal or deflect it. Also, the payload, the antenna and other things will influence the range of LoRaWAN™.

In ideal cases and planted high enough, though, it can transmit until the horizon – enabling transmission over, indeed, several hundred kilometers. The average range, however, will be around five to seven kilometers in rural areas and two to three kilometers in urban environment. 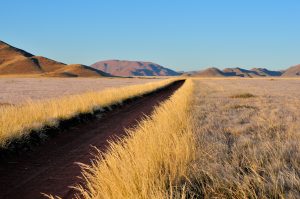 3. Do these devices really last forever?

Well, forever is quite a big word, isn’t it? But it is true that LoRaWAN™ devices have an extremely long battery life and therefore last for a long time – up to ten years is no exception.

The longevity of the node device is achieved by sending it into deep sleep whenever it’s not transmitting. Moreover, the device doesn’t require much power to receive and transmit. So it is all in all extremely energy-saving. How long the device actually lasts, however, depends on its overall battery capacity.

4. Okay, but what can this thing do, really?

There are people who claim that LoRaWAN™ can only send signals, but not receive data. Others say that really, IoT is the thing LoRaWAN™ is useable for. As we said beginning, there are a lot of myths going around.

LoRaWAN™ is absolutely suitable for bidirectional communication between the network and the end device.

True is: LoRaWAN™ speed is slow. So it is not possible to use it for sending music, video, image or other large files.

Also true: It is ideal for sending sensor data as it is the case for IoT. But there are a lot of industries that can benefit from this network type. So saying it is “only” benefiting IoT is actually saying it can do quite a lot!

LoRaWAN™ is ideal, for example, for health monitoring. Not only for hikers in remote areas but also for the elderly and children. Wearables could communicate critical health information and the position.

It is of course just as suitable for Industrial IoT, Smart Cities, and Logistics, where it can help track and manage fleets and cargo.

Finally, it is also helpful in environmental monitoring. Sensors can indicate water levels or heat, inducing measures to protect damage to the environment or simply to reroute traffic.

5. But is there any critical interest in LoRaWAN™?

Yes, there is! And no, LoRaWAN™ is not an exclusive community of industrial partners who are willing to pay high prices for this type of network. Indeed, there is even a worldwide community, making use of the free LoRaWAN™ network, “The Things Network”.

Of course, there are paid solutions for industrial stakeholders, providing greater bandwidth, storage, privacy, security and number of devices as well as special software options.

There is an alliance of important industrial players in the field, the “LoRa Alliance”, dedicated to fostering the use of LoRaWAN™.

Also, the number of available node and gateway devices as well as applications is continually growing.

LoRaWAN™: The Future of IoT

All in all, LoRaWAN™ is an ideal option for IoT, for connecting sensors of different devices. As the market for IoT continues to develop, LoRaWAN™ will become increasingly important.

So even if there are many myths circulating about LoRaWAN™ technology right now, the majority of them is actually just that: a myth. And as with all innovative things, LoRaWAN™ is seen with a critical eye by many skeptics. Only the future will show the relevance of this technology for everyday life.