LoRaWAN™ – the name itself, to some, is a mystery. Once you know, though, that it is simply an abbreviation for “Long Range Wide Area Network”, things already seem much simpler, don’t they? And indeed they are. But let us look at some more details!

The LoRaWAN™ purpose is to connect devices on a regional, national, or even global network level. It is made for the IoT, enabling sensors to communicate over an end-to-end secured low power network that offers bi-directional communication as well as mobility and localization services.

Yes, that is all. Since the devices are constructed to use as little power as necessary, LoRaWAN™ network speed is low. So if you’re thinking about sending large files such as pictures or video, even larger audio files – LoRaWAN™ is not the ideal choice.

But if you think that providing a network just for IoT is of little benefit, you’re wrong. The IoT is the future of our globalized world, ensuring processes work smoothly even in a highly connected world. So, let’s dive into technology!

In this section, we will look at some of the technological features of the LoRaWAN™, including the overall network system, the end devices, and data rates.

Structure of the network

The basic structure of the LoRaWAN™ consists of end nodes – devices with a sensor – and gateways. Gateways are the antennas, that receive signals from the end nodes. Network servers then route end device messages to an application on an application server.

This whole process is an AES secured payload. The whole process works, of course, in both directions, making bi-directional communication possible.

End devices could be anything from a pet tracker or a washing machine to a smoke alarm or a position signal from a truck.

All devices, by force, fall into one of three classes of communication. These three classes are molded to the different needs in the various applications LoRaWAN™ can be used for.

All LoRaWAN™ end devices must support class A communication. It is asynchronous and always initiated by the end device. The protocol is of the ALOHA-type. After the uplink transmission, there are two downlink windows for a response.

In class A, there are no necessary periodic wake-ups, the devices rest in the sleep mode whenever it is actively communicating or receiving data.

Class B devices are additionally synchronized to the network and use periodic beacons. There are open time slots for the downlink. This gives more flexibility to communication but costs a little more power.

Class C devices keep the window for the reception of data from the application open at all times unless the device is in process of transmission itself. This, of course, causes a power drain on the side of the receiver. Therefore, class C devices can only be used where a constant power connection is available without problems.

LoRaWAN™ uses a low long-range radio spectrum. This spectrum is unlicensed and therefore easily accessible to anyone without having to pay excessive fees, pretty much as it is the case with WiFi.

The Chirp spread-spectrum is a specific form of modulation. The “chirps” are signals that constantly increase or decrease in frequency over the time of the signal.

There are two main factors that influence how fast the network actually works: bandwidth and spreading factor. LoRaWAN™ works with 125 kHz, 250 kHz, and 500 kHz bandwidth. The spreading factor is determined by the end node.

You can, of course, also twitch the transmission power. Of course, if you decrease it, the range of the signal will be lower, if you increase it, the range will be higher. But if you want to keep the power usage low and save battery, bandwidth and spreading factor are the two factors you can still work with. 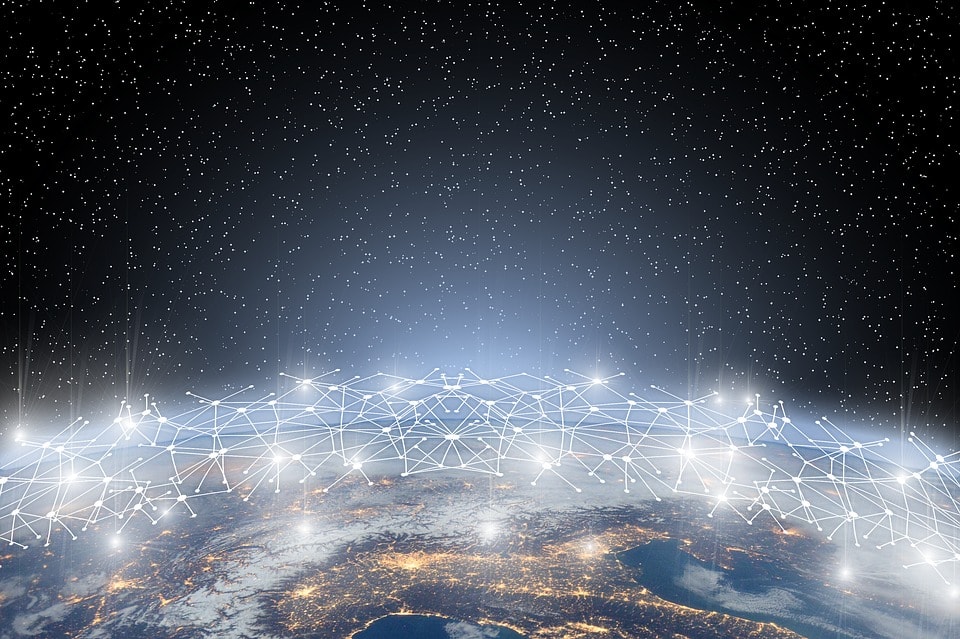 Any network needs to be safe. As LoRaWAN™ was originally developed for military purposes, security has been a primary concern right from the start. As mentioned above, the networks are AES secured. AES is short for “Advanced Encryption Standard”. This standard is a block cipher, a standardized specification for the encryption of electronic data. These algorithms ensure authentication as well as end-to-end encryption.

Through this process, the network operator has no access to the user’s payload data.

Why it is useful

Finally, we can ask ourselves: What can we actually do with LoRaWAN™? As we noted before, it is relatively slow in speed, so it is mostly for the device to device communication. In other words, it is ideal for the IoT.

But if we talk IoT, we do not simply mean: Connecting a smart washing machine. Many industries can make use of LoRaWAN™ to connect devices that serve all kinds of purposes.

In practice, this doesn’t only concern smart washing machines or fridges. It is also important for Smart Cities, optimizing power supply and traffic, or to provide timely support to the elderly or people with health issues wearing smart devices transmitting health data.

So, the simple technology of LoRaWAN™ will, as IoT becomes increasingly important, play a crucial role in the future of our planet.